You guys!!! I’ve been a terrible blogger. I’m so sorry. The flip project is nearly done and I haven’t even posted before photos/videos. Well, get ready for an onslaught of information. But, first here is a little teaser before photo of the house:

Before photo: our first flip

A lot has happened since my last post. We started out by getting bid after bid from contractor after contractor. Originally we were going to hire a contractor and crew to get the lion’s share of the rehab work done, but we quickly realized that reliable contractors are nearly impossible to come by, and those who are reliable charge extra for that reliability. So, John decided to move forward with the work himself. I’m lucky…not only do I have a partner who knows his s*!T when it comes to real estate, but he has also done a lot of the labor involved in rehabbing houses. Eventually, we found someone to help John out on a day-to-day basis, so that’s been helpful.

Now, it’s time for the house details. It’s a small 3 bedroom, 2 bath ranch home in the north/northwest suburbs of Chicago with a full basement. The main level is less than 900 square feet and a basement that is about the same size.

The main level has 3 bedrooms and one bath. Two of the bedrooms are decent sizes (I have to measure, but I think one is about 10 x 10 and the other is about 12 x 11). The third is teency. I would use it as an office or a baby’s room.

The living room is also very small. The kitchen, on the other hand, is stupidly large. I’m not sure why a house this size has a kitchen so big. When we first looked at it, we had visions of taking out one of the walls and add an island to make it an open concept living/kitchen space, but we found out that the wall we wanted to take out was a load-bearing wall and it would be cost-prohibitive to take it out.

This is a stupidly large kitchen for such a tiny house. It’s not quite enough room for a full island. We looked into taking down the wall between the kitchen and the living room and found out that it’s a supporting wall, so that was a no-go.

When we bought it, the basement wasn’t finished and was divided into 2 rooms, each with a full-sized closet. We decided to turn one of the rooms (the smaller of the two) into a master bedroom since it leads into the 2nd bathroom and the other part of the basement will be the family room.  Technically we are not allowed to list it as a 4 bedroom on the MLS when we put it up for sale because it doesn’t have a window large enough for escape in case of fire. But, there is a way to list it on the MLS as a “3 + 1” which agents will understand as a 4 bedroom. The only question I have is whether our listing will be included in searches that are only searching for 4 bedrooms. We’ll find out, I guess.

Take a look at all of the “before photos” below. I’ve got before video which I’ll post soon. I will be posting “during” photos shortly as well. 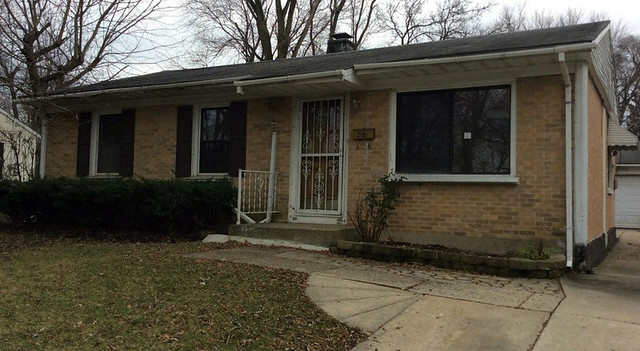 Here’s the walk-through of the house before we started work on it.

This site uses Akismet to reduce spam. Learn how your comment data is processed.

Hi! I’m Adela. I’m embarking on a real estate journey and I’m inviting you to come along for the ride. It will be full of twists and turns. Expect nail-biting adventure. Expect total transformation. Expect success. Expect setbacks. It all goes with the territory.

Learn more about me